These two long moderates are a couple of NH’s best easy ice routes in my opinion. Yesterday they were in perfect climbing condition with almost no snow and plenty of sticky wet plastic ice to savor. My friend Steve joined me with plans of soloing both routes before heading to a steeper roped climb later in the afternoon. It was about 12 degrees in the Notch, so we opted for the fast & light approach. Helmets, harness, an ice screw or two (to contend with a crampon malfunction) and a sling & locker.

Pitch after pitch disappeared behind us and within 20 minutes we reached the cool cave that usually marks the end of the route for most parties. At the lower end of the cave a cool looking pillar had touched down and Steve gave it some thought.

The top out looked questionable, and I mentioned to Steve that without a rope or pack we should probably play the conservative card. He agreed and we made our way back into the cave to finish the route.

This cave is a really neat place and I shot a quick iPhone video to try to show how cool it is in there.

After following Steve up we followed the boot pack down through the woods to climber’s right of the route back down to Route 302. We drank some water at the car and re-fueled with some energy gels and snacks then headed down the road to the start of Silver Cascade (Grade 1-3).

While the guidebooks states this is the more popular flow I would contend it is the opposite. I have definitely climbed The Flume many more times, but they really are both worthwhile adventures.

We started climbing at about 10:15am and conditions were quite similar to The Flume. Wet plastic ice interspersed with sections of lower angle dry ice. The short sections of 2+ ice were very secure feeling bliss, and it was the lower angled sections between that required a bit more focus (and sharp crampons) to feel secure on. The lack of snow on the route meant there was really no place it would be ok to make a mistake.

This route doesn’t have such a definitive cave to really “finish” so we decided to just keep exploring the stream bed higher up. The guidebook refers to “more interesting ice higher up” and what we eventually found was quite cool. Around each bend we wondered if we had seen the best the route would offer, then one more turn and we spotted a cool looking yellow flow tucked up on the right side of the drainage.

We climbed up the left side of this small debris slope and I headed up the ice first. It was about 35 feet of easy grade 3 ice.

At the top, much like our day last week on First Ascent Gully, I figured a packed hiking trail nearby might make the fastest descent. My ViewRanger App on my iPhone seemed to think the trail was less than a 1/4 mile away, and a couple hundred feet higher. We set a course to intersect it and after crossing the main drainage for Silver Cascade we hit the trail in about 20 minutes. Crampons off, and down we cruised.

Later after looking at the GPS tracks I realized how close the traditional “top” of The Flume is to this well traveled moderate grade hiking trail (Webster Jackson Trail). Considering it only takes about 20 minutes of brisk hiking to descend this trail from here I may push on to this trail on future ascents to make a nice loop. 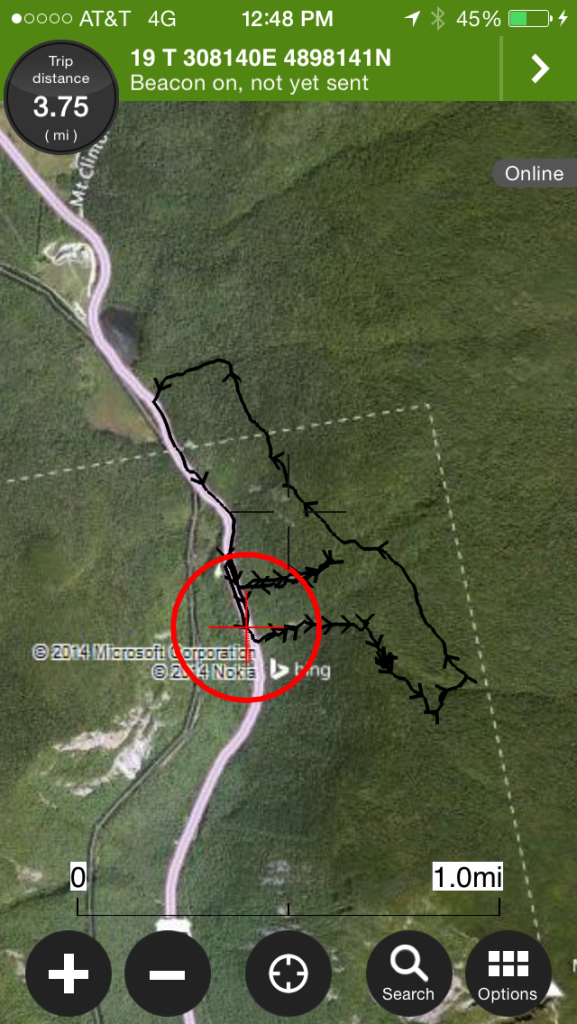 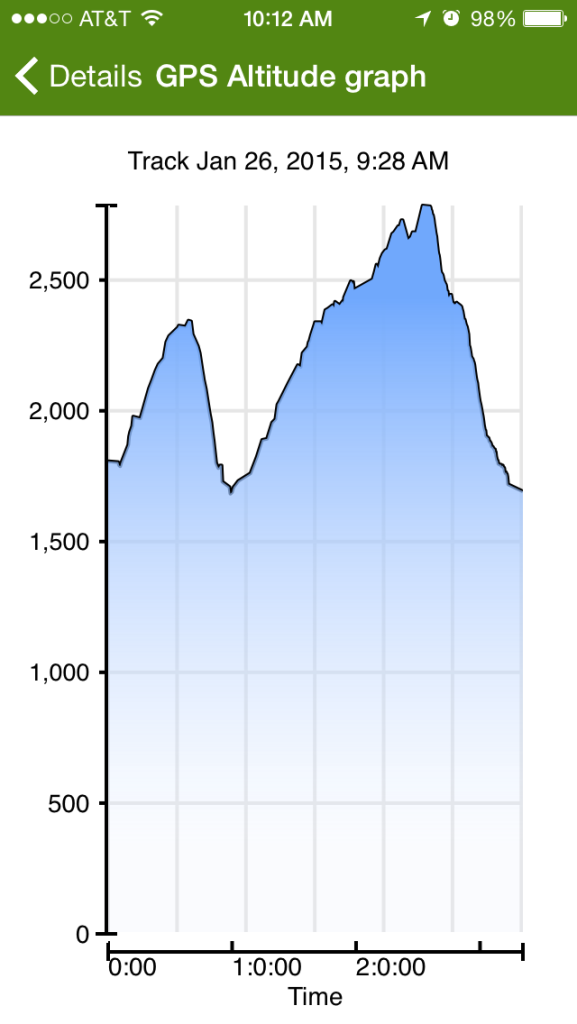 Back at the car just after noon we called it a day and made plans to bag some steeper routes on a free day next week. I’m stoked to have grabbed both of these lines before the current storm. While still enjoyable once they fill in with snow they are a bit less aesthetic and the technical bits of ice can be few & far between, not to mention the bushwhack at the top being much more difficult. The way our winter has been going it wouldn’t take but another day of rain to flush the snow out and bring them back to prime ice condition!

Reminder: Contest for 2 free ice screws ends in 4 days! To enter like North East Alpine Start on Facebook and Subscribe/Follow this blog for a 2nd entry!

4 thoughts on “The Flume & Silver Cascade”